Did you know that the word ‘SURF’ originated in India back in the 1600’s?

The etymology of the word can be traced back to 1685 when the Portuguese occupied majority of the western coastline of India. They discovered the word ‘suffe’ which meant coastline and soon came to be known as ‘surf’. India was the last subcontinent to adopt surfing as a water sport but serves as a great potential to surfers all over the world.Surfing schools, clubs and ashrams now exist at Mahabalipuram and other parts of South India.

The Indian subcontinent is made up of 7,000 kilometres of a coastline that begins at the western coastline (Gujarat, Goa, Maharashtra, and South India) and stretches up to the eastern coast of India (Bay of Bengal). The Arabian Sea, the Indian Ocean and the Bay of Bengal combine like the perfect sisterhood waiting to be explored by travelling surfers.

The beaches of South India carry waves all year around, however the season for surfing is ideal between May to September, when the waves can rise up to 8 feet high. 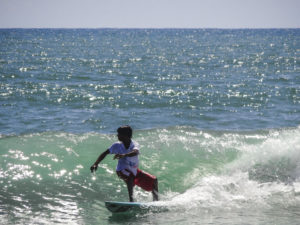 The intensity of waves

The tidal swell of the waves at the beaches of south India have the highest intensity that rise up to 8 feet high in the mornings until 10:30am created by small storm systems. A tide table is handy for deciphering the depth and swell of the waves at these beaches. The combination of the amount of water, the amount of wave energy, and whether the tide is on its way in or out will all influence the quality of the waves for your session. For example, a chest-high swell at a tide of +3.5 feet as the tide is rising might create the perfect wave shape one day. On the other hand, a waist-high swell at a high tide of +3.5 feet may result in waves too small to surf another day.

Surfing in South India first took shape on the waves of Karnataka followed by India’s first surfing camp that took place in Chennai back in 2011. The surf ashram was founded by Jack Hebner and was later kick started by Ishita Malaviya and Tushar who founded the ‘Shaka surf club’ at Kodi Bengre in Udupi, Karnataka.

Varkala, Kerala – One of the safest beaches located in God’s own country aka Kerala, is ideal for beginners owing to the low tide swell and a safe sandy sea bed. The surfing season begins in November and ends in March. The area is alive with tourism and people coming to India to recuperate their health at one of the local nature cure clinics and mineral water springs.

Kovalam beach – This is an enhanced version of the Varkala surfing spot because of the rocky beds and high swells making it an ideal surfing spot for experienced surfers. The spot is a beach break but when it gets around 7 feet it breaks out toward the lighthouse and begins to work like a point break. There are decent lefts at that time with inside waves that possess short hollow lefts and rights.

Shivas, Murdeshwara – This popular surfing spot is located on a small peninsula that jets onto the sea at Murdeshwara. On either side of the peninsula there are large sheltered bays that make for ideal surfing conditions even during the onshore northwest or southwest winds. This place breaks from one foot to 10 feet depending on the time of year. This surfing spot in South India is an ideal place for nature photographers to indulge in surf photography.

Kapu Beach, Karnataka – Thisis a great surfing spot in Karnataka that breaks best at low tide beginning at four feet and bigger swells. The stretch of beach runs for about one kilometer and there are several places where well shaped peaks with lefts and rights swell up. At the north end of the beach is the Kapu beach lighthouse perched on a huge granite boulder which again calls for amazing still photography.

Ten thousand peaks – This is one of the most unique surf spots on the west coast of South India at Maravanthe, Karnataka. The place derives its name from its natural wave counterparts where the beach stretches for about six kilometers creating all sorts of wave possibilities. One of the sections of this beach has a two lane highway that runs parallel to the ocean within 15 meters of the water’s edge and is harbored by a big fresh water lake for a relaxing dip after the surfing.

Alwars – This surfing destination is regarded as one of the best in South India. This beach is located on the south east coast at Manapad point. The point is beautifully formed by a millions of years old lava flow that extends into the water. In front of the point there are some good hollow lefts and when it really gets big the break starts in the center of the bay and starts to look like some of the spots on the north shore of Hawaii. This spot gets a lot of south wind but when the swell hits the sea, the waves can rise up to 400 meters high giving the experienced surfers an ideal beach break.

Big Rock – This surfing spot is located off the point at Fisherman’s Cove towards the south of Chennai. The point itself is the most consistent break in that area but when the waves are right with intense height, the tide splashes against a submerged rock shelf in the cove, producing an amazing left barrel for surfing.

Auroville – The spot is your typical beach break with a river mouth that sometimes works just south of the town. The swell is usually blocked by Sri Lanka but the place occasionally does get a few good waves. There are a few local surfers in Pondicherry and a few European surfers who also live there permanently. If you visit Auroville, the locals will guide you in the right direction for some waves.

Vizag – This surfing spot is classified as a commercial harbor laced with gracious point breaks for surfing in south India. This popular surf spot explored by Anthony Yep Colas, writer of the book titled ‘World Storm Rider’ along with his photographer friend John Callahan is regarded as the beach with ‘epic waves’ which makes this spot a must visit option.

Kanyakumari – The southernmost tip of India is one of the windiest spots for surfing in South India. The swells here are big but get worn out eventually. An occasional offshore wind greets the surfers from time to time paving way for good waves that come along.

Mahabalipuram -This beach is shored up by the Bay of Bengal along with ancient monolithic sculptures giving the beach an ancient medieval vibe. Mahabalipuram is a treasure trove of the UNESCO sites and has attracted archaeologists, historians, adventurers and surfers. The surfing community is widely developed at Mahabalipuram owing to the favourable south east winds and a notable presence of heritage monolithic temples on the shores of this beach.

Surfing as a water sport in South India kick started with the onset of a surf ashram in Karnataka, founded by an American surfer. This ashram then attracted a mix populace of driven surfers who came to be known as ‘surfing swamis’. The shaka surf club came into existence soon after Ishita Malaviya and Tushar along with a group of surfers established a relationship with the sea and ignited their passion for surfing at the ideal surfing spots in South India.

Surfing expanded to the shores of Mahabalipuram, when Mukesh Panjanathan, a fisherman spotted Australians on their surf boards between the months of May and September. He started the Mumu surf school that offers surfing lessons beginning at the price of Rs 1,300 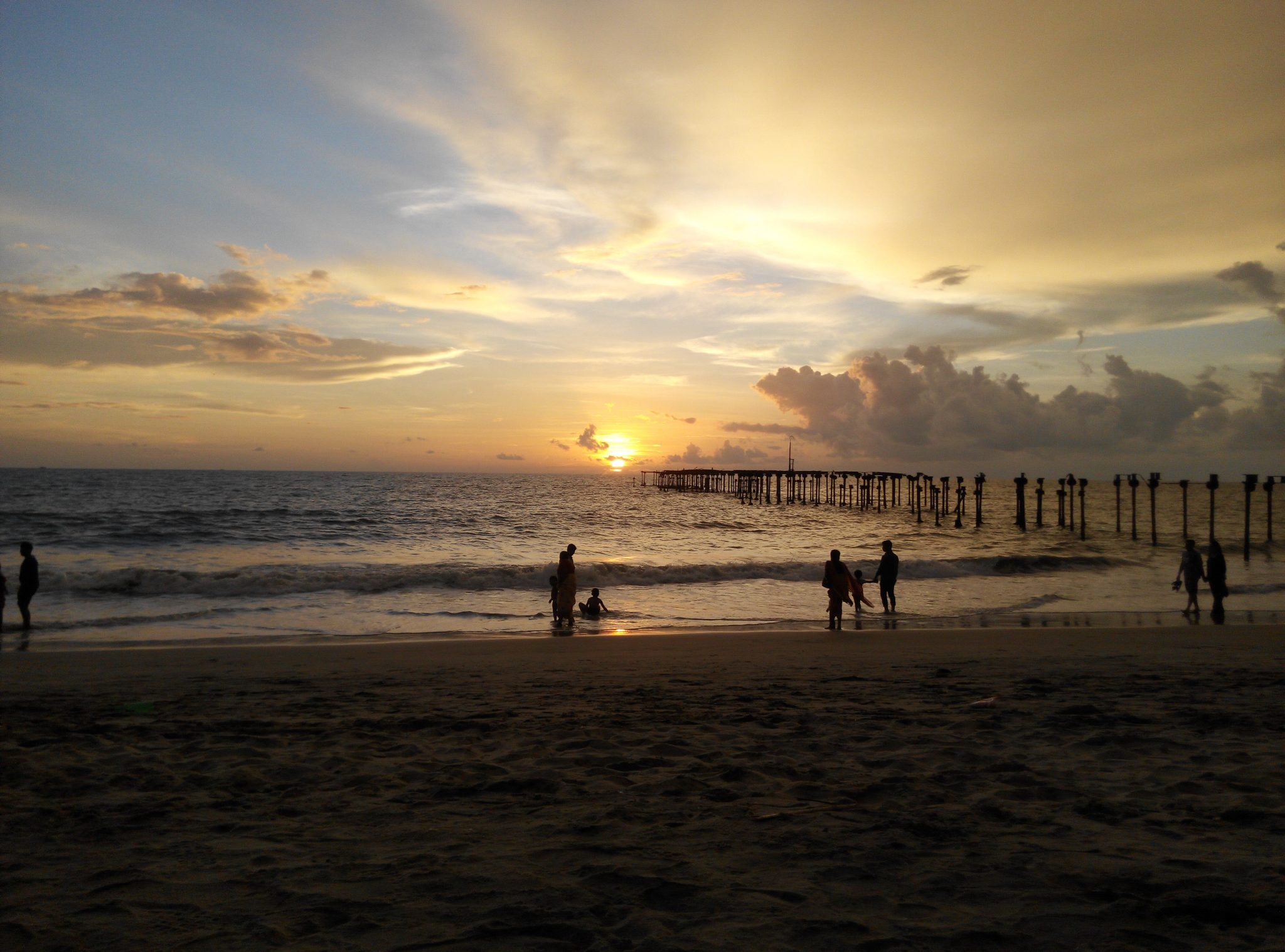