“Attithi Devo Bhava” (meaning “the guest is equivalent to God”) is the tagline used by the Government of India to promote tourism, a major revenue generating industry in the country. Now, the reason for tourism being an important industry is that, this country is culturally as well as geographically diverse. So be it scenic hill stations, beautiful beaches, or sacred pilgrimage sites there are a number of tourist hotspots in India that are worth visiting. One such spot extremely popular with the tourists are the beaches available. And therefore if one intends to visit a beach in the country he/she needs to understand a few vital facts. They are as follows:

a. Most Indian Beaches belong to states located in the South, West, and East Zone respectively:

India as a country is divided into five zones i.e. north, south, east, west, and northeast. Now, most of the beaches in India are located in three regions namely south, west, and east. The major reason for this is simply the fact that the zones mentioned above i.e. south, west, and east lie along the coastal area in close proximity to the sea. Furthermore, the north and the northeast are located at an altitude as a result of which they are situated away from the sea.

b. Many Indian Beaches are renowned to provide for quality water sport facilities:

Now, many of the beaches in India are known not only for its “picturesque” beauty but also, for providing quality water sports facilities. The beaches known for its water sporting activity are mainly found either in the state of Goa or in the union territories of Andaman and Nicobar and Lakshadweep. So, while the Goan beaches are known for water sport activities such as parasailing, banana boat rides, jet skiing, windsurfing, jet skiing etc, the Andaman and Lakshadweep beaches are more popular for scuba diving and snorkeling, due to the presence of coral reefs on these extremely “scenic” islands.

c. Many Indian beaches are known for their “food shacks” and for a vibrant “nightlife”:

Apart from typical activities such as swimming, sunbathing etc there are many Indian beaches that are known for providing for some splendid food. Furthermore, the food is basically served in small restaurants known as “shacks” on the beach itself.  Classic examples of these so called shacks can essentially be found in most Goan beaches.  These small eateries basically provide for delicious authentic “Goan” seafood oriented cuisine that too at a reasonable rate. Apart from food there are several Indian beaches that provide for a vibrant “nightlife”, of which a majority of them are located in Goa. A few popular nightclubs include Club Tito’s located in Baga, The World Famous Decades Bar in Calangute etc. In fact beaches such as Vagator and Anjuna are also known to host some popular rave parties.

d. Many Indian Beaches may prove to be a “threat” to life and some may also require necessary “permissions:

“Precaution” is what one needs to take before visiting a few Indian beaches, since they can prove to be a threat to life. For example, in the Radhanagar Beach located in the Andaman and Nicobar islands reports suggests that the there have been incidents in which salt water crocodiles  have in the past attacked humans who were swimming in the water. Furthermore, there are also a few Indian beaches such the Ross and Smith Island beach in Andaman for which prior official permission needs to be obtained so as to visit this beach. In fact a fee of Rs 50 and Rs 500 needs to be paid by the domestic and international tourist respectively. 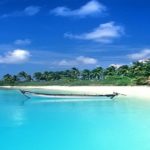 10 Top must visit Beaches in Maharashtra 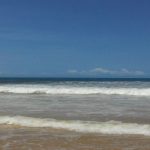