“Part rocky and part sandy” is the best way to describe a scenic and pristine beach called Siridao Beach located in Goa. This picturesque beach is situated in the Siridao village in Tiswadi Taluka, and at a distance of 7.4 km from Panaji. This beach is an extremely serene since it is located in a secluded area, and as a result of which very few tourists are seen. In addition, fishing is the main occupation of the locals living around this beach.

How to Reach Siridao Beach

The nearest railway station to the Siridao beach is the Karmali Railway Station.

If you intend to drive to this beach then the ideal starting point would be from Panjim. There are three routes from Siridao to Panjim. They are as follows:

The closest airport is located in Dabolim. The Dabolim or the Goa International Airport is well connected to major cities in the country as well as to international destinations.

Climate and the best time to visit in the Siridao Beach

There are several things/activities that can be experienced on this beach. They are as follows

There are a number of beautiful chapels/churches that are located in and around this beach that are a treat to the eyes, and must be visited. Among the popular ones are the Chapel of Jesus of Nazareth and Holy Soul’s Chapel.

There are several restaurants providingvariety of cuisines located around this beach worth trying. A few examples are Edward’s Yard, Spice Goa, Mi Casa, Chulha, and Kalambai.

The Zuari River is considered to be the largest in Goa and provides for picturesque views of the surrounding rice fields. This spot is said to be ideal for couples.

Also Read: HOW SOUTH GOA BEACHES DIFFER FROM THOSE IN NORTH GOA? 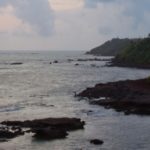 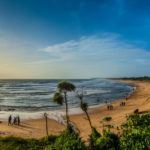