The Indian state of Tamil Nadu located in the South apart from a number of sacred pilgrimage sites is also known for a few beautiful beaches. Now, these beaches mainly situated along the east coast of the country are not only renowned for its scenic beauty but also, for a number of restaurants serving typical Tamilian cuisine. Furthermore, this cuisine comprises of a number of popular delicacies. So, here is presenting a list of “10 popular delicacies” available at most restaurants located in and around the beautiful Tamil Nadu Beaches.

Read More: 2 Reasons Why Marina Beach is a “Foodie Paradise”

Prepared using Urad Dal (a form of lentils) and rice powder is a popular Tamilian delicacy known as Uttapam. Similar, to Dosa another popular South Indian delicacy it is initially allowed to ferment, and then fried using oil in a pan. Furthermore, uttapam is garnished using tomatoes, capsicum, and onions. In addition, this delicacy tastes the best either with coconut chutney (a type of sauce) or sambar (a form of vegetable stew).

Filled with “banana” is a popular Tamilian delicacy known as Banana Bonda. Unlike the normal bonda which due to presence of vegetables is “spicy”, this delicacy since it is stuffed with banana is “sweet” to taste.  Furthermore, this delicacy serves as the ideal “teatime” snack.

Prepared using “Tamarind” is a popular Tamilian soup like dish known as Rasam.  Made using tomatoes, pepper, and cumin seeds this delicacy when consumed serves as a perfect pre-meal “appetizer”. Furthermore, it is generally consumed like a curry along with rice. In addition, it can also be drunk like a soup.

Considered to be  “extremely popular” not only in Tamil Nadu but in South India as well is a delicacy known as Dosa. Prepared using a “batter” comprising of urad dal and rice this delicacy is spread over a pan and slowly cooked. Furthermore, as of today there are several types available such as paper dosa and egg dosa.

Literally when translated meaning “twisted” is a popular Tamilian delicacy known as Muruku. Composed by mixing rice powder, urad dal, cumin seeds, salt, and water it is eventually fried in oil until it basically hardens. Furthermore, it is an extremely popular snack in Tamil Nadu.

Popular in Tamil Nadu as well throughout South India is a delicacy known as Sambar. This vegetable stew (similar to dal) basically comprises of a number of spices mixed with vegetables such as brinjal, drumstick, pumpkin, potatoes, and radish. In addition, this renowned delicacy is also garnished with curry leaves, and is served along with rice, dosa, as well as with idli.

Locally known as “Uruttu Chammanti” is a popular and delicious sauce known as Coconut Chutney. Prepared using grounded coconut, dry red chilly, ginger, and mustard seed this delicacy tastes the best when consumed along with dosa, idili, and vada. Furthermore, this delicacy is extremely delicious, and is also popular in Tamil Nadu.

Prepared mainly using “urad dal and rice” (similar to Dosa) is a popular Tamilian as well as South Indian delicacy known as Idli. It basically closely resembles a soft pancake, and tastes the best when consumed with sambar. Furthermore, this delicacy serves as an ideal breakfast item.

“Doughnut shaped” is the best way to describe the appearance of Vada, a popular Tamilian delicacy. Prepared by mixing fermented Bengal gram with curry leaf, cumin seed, and mustard seed, this delicacy is crisp and is extremely delicious. Furthermore, it tastes the best when consumed along with either sambar or coconut chutney.

“The most popular sweet dish in Tamil Nadu” is how Paruppu Payasam often referred to as. It is basically prepared by initially cooking roasted moong dal (a type of dal) in the pressure cooker. Furthermore, jaggery syrup is added to the mashed moong dal obtained from the cooker, and then cooked further. It is then served using roasted cashew nuts as a garnish. 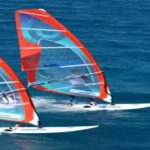 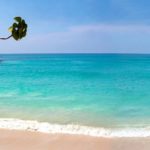