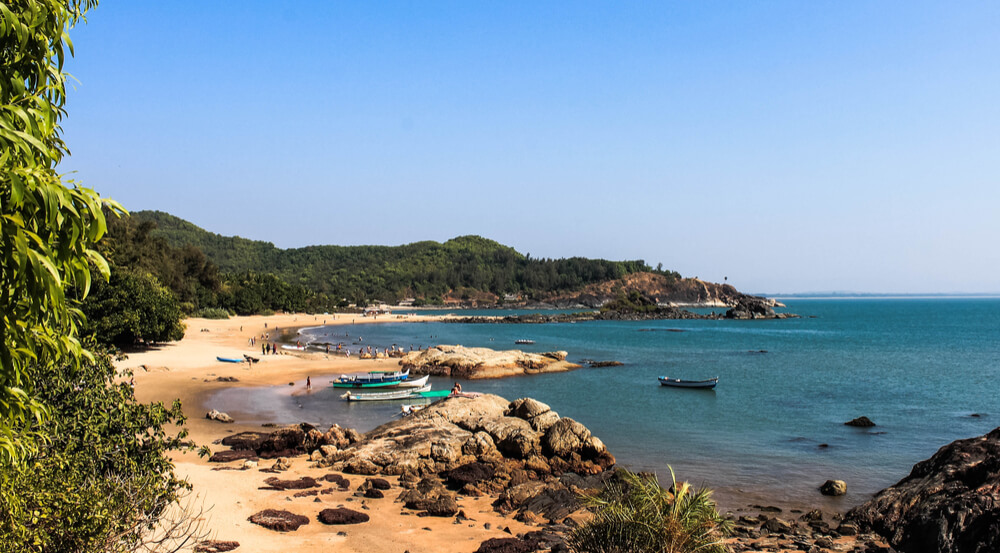 Located at a distance of about 8 km from the quaint town of Gokarna located in Karnataka is an extremely beautiful beach called “Om”. Since the shape of this beach resembles the Hindu religious symbol “Om” it has been named so. In addition, this OM beach is known for its pristine environment which includes beautiful white sand. Furthermore, it is also popular for several water sports.

How to Reach Om Beach?

The closest railway station to this beach is located in Kumta. The Kumta Railway Station is well connected to a number of major cities and towns in Karnataka.

If you intend to drive to this beach the ideal starting points would be Mangalore, Bangalore, Karwar, Udupi, and Coimbatore.

There are two routes available from Mangalore, and they consist of via NH-66 and SH-27 and NH-66.

There are two routes available from Karwar, and they consist of via NH-66 and via-52 and via-66.

There is one route available from Udupi, and it includes via NH-66.

Climate and the best time to visit Om Beach

This beautiful beach is renowned to be a centre for water sports. So activities such as surfing, water-skiing, parasailing, and banana boat rides are available on this beach. Furthermore, since this beach is located in a desolate spot there are not many things/activities found at this beach. 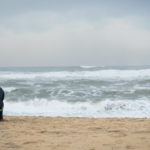