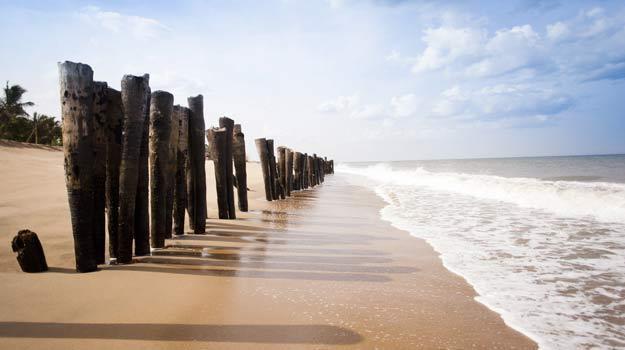 In the city of Puducherry covering an area of 1.2 kilometres is the extremely picturesque and pristine Promenade Beach. This beautiful beach also commonly referred to as “Pondicherry Beach” is located in the union territory of Puducherry alongside the Bay of Bengal. Apart from its scenic beauty this beach possesses a number of significant historical landmarks such as the War memorial, statue of Joan of Arc, and a heritage town hall. In addition, this beach is known for the presence of crustaceans such as crabs that are commonly found beneath rocks.

How to reach the Promenade Beach

The nearest railway station to this beach is in Puducherry. The Puducherry Railway Station is well connected to major cities in the country such as Bhubaneswar, Kolkata, Mumbai, and Bangalore.

If you intend to drive to this beach then the ideal starting points would be Chennai, and Hyderabad.

b. How to reach Promenade Beach from Hyderabad. : There fastest route from Hyderabad  to Promenade  beach is via NH-16 and the route map is depicted above. Alternatively, click on the Google Maps link here to view on Google Maps.

The closest airport to this beach is located in Chennai. The Chennai Airport is well connected to major cities in the country as well as to major international destinations.

Climate and the best time to visit the Promenade Beach

This beautiful beach is known to be ideal for recreational activities such as jogging, skating, and yoga. In close proximity to this beach lie a number of historical significant landmarks such as the War Memorial, Joan of Arc statute, heritage town hall, Mahatma Gandhi statue etc that are well worth seeing. In addition, there are number of restaurants and handicraft bazaars that are available around this beach worth visiting. Furthermore, a restaurant called Le Café that serve snacks such as croissants and coffee is extremely popular in the area and is worth trying.

Accommodation – Hotels, Resorts and Home Stays in and around Promenade  Beach:

Click on the link here to check out the places to stay near Promenade beach, Pudducherry  on Google Maps. 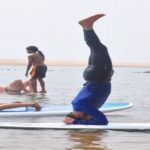 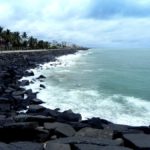