Commonly also referred to as “Kelva or Kelwe” is a scenic beach in Maharashtra called Kelwa. This picturesque beach is located in close proximity to the city of Mumbai in a village called Kelwa.  In addition, this beach is about 8 kilometres in length. Furthermore, according to mythology the sons of Lord Ram, Luv and Kush apparently resided at this beach while their mother Sita was in exile. During weekends this beach is usually overcrowded with tourists, which clearly indicates its growing popularity.

How to reach the Kelwa Beach

There are three routes from Pune to this beach, and they are via Mumbai-Bangalore Highway/Mumbai-Pune Highway and NH-48.

There is one route from Thane to this beach, and it is via NH-48.

There are three routes from Kalyan to this beach, and they are via NH-48, via Vajreshwari Road, and via NH-848.

There are two routes from Navi Mumbai to this beach, and they are via NH-48 and via Western Express Highway and NH-48.

The nearest airport is located in the suburb called Ville Parle. The Chhatrapati Shivaji International Airport is connected to major cities in the country as well as to international destinations.

Climate and the best time to visit the Kelwa Beach

There are a couple of things/activities located in and around this beach that are worth exploring. They are as follows

There are a number of adventure related activities such as paragliding, horse and camel rides that are available at this beach.

In close proximity to this beach is a park which has been constructed especially for children.

A temple dedicated to Goddess Shitala Devi is located around this beach and is a worth visit. 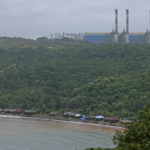 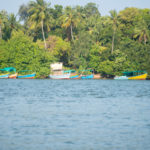