Renowned for its “pristine and tranquil environment” is an extremely enchanting beach located in Kerala called Beypore Beach. This picturesque beach is situated in the Kozhikode district on the banks of the River Chaliyar. Apart from its scenic beauty this beach is also surrounded by beautiful golden sand and coconut trees. In addition, this beach is also renowned for ayurvedic massages and for a number of water sports activities.

How to reach Beypore Beach

There are three routes from Thrissur to this beach, and they are via Calicut Road, via NH-66, and via NH-66 and Tirur-Kadalundi Road.

There are two routes from Coimbatore to this beach, and they are via Kozhikode-Malappuram-Palakkad Highway and via NH-966.

The closest airport to this beach is located in Calicut at a distance of 23 km. The Calicut Airport is well connected to major cities in the country as well as international destination.

Climate and the best time to visit the Beypore Beach

Things to do at Beypore Beach

There are number of water sports activities such as surfing, parasailing, skiing, swimming, angling etc that are available at this beach.

This beach is also known for recreational activities such as sunbathing, ayurvedic massages etc which attracts large number of tourists. Apparently, the Ayurveda based massage is a major attraction at this beach. 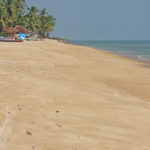 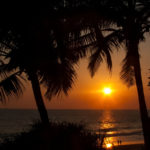