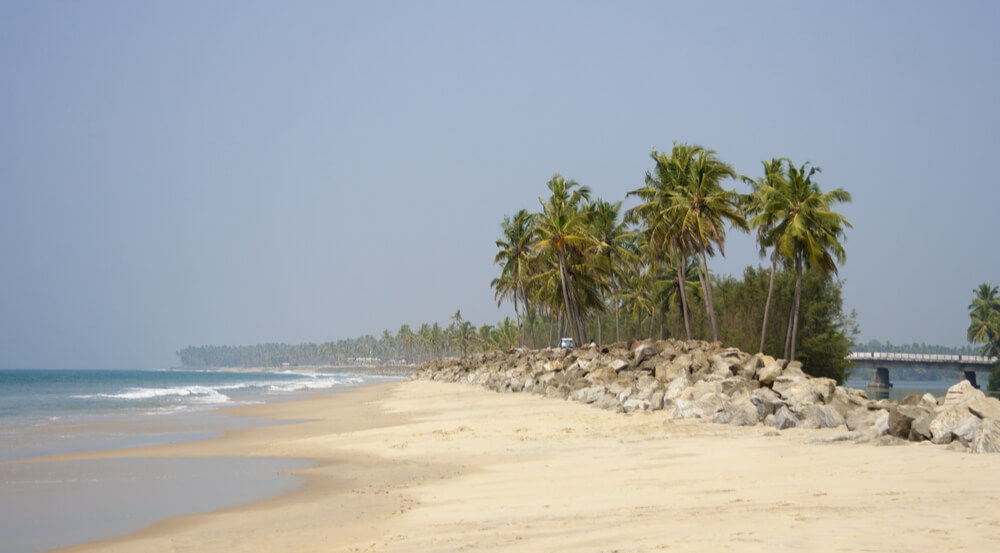 Located at a distance of 6 km from Bekal Fort in the Kasargod district is a picturesque beach called Kappil Beach. This beautiful beach provides for magnificent view of the Arabian Sea. It is also comprises of golden sand and is surrounded by thick groves of casuarinas. In close proximity to this beach lies a cliff called “Kodi” a major tourist attraction found around this beautiful beach.

How to reach the Kappil

The closest station to this beach is located in Kasaragod at a distance of 16 km. The Kasaragod Railway Station is well connected to major cities in the country.

There is one route from Alappuzha to this beach, and it is via NH-66.

There is one route from Kollam to this beach, and it is via NH-66 and Pravur-Chathanoor Road.

Climate and the best time to visit Kappil Beach

There are couple of things/activities to do found at this beach. They are as follows

There are number of mini and medium sized ferry boat services available at this beach. These rides are definitely worth the money spent.

There are a number of shops located in and around the beach that sell various handicraft items at reasonable prices.

There are a number of food stalls found around this beach that provide for delicious Indian snacks/delicacies.

Located in close proximity to this beach is a cliff called Kodi which provides for the magnificent panoramic view of the Arabian Sea.

The Palakkunnu Temple is located in close proximity to this beach and is dedicated to Bhagavathy. In addition, this temple is renowned for its ceremonies and rituals. Furthermore, it is home to idols belonging to ElayaBhagavathi (Saraswathi), MoothaBhagavathi (Durga), Ghantakarnan, Vishnumoorthi, and DhandanDevan.