Located at a distance of 2 km from the town of Kannur in Kerala is an extremely scenic, pristine, and secluded beach called Payyambalam Beach. This beautiful beach located in the Kannur district is a part of a group of five beaches situated in this region. It is also surrounded by coconut trees like most of the beaches in the state. Furthermore, this beach is extremely popular with the movie industry especially the south, and has been used as a location in movies such as the Mani Ratnam directed classic “Alai Payuthey”.

How to reach the Payyambalam Beach

There is one route from Kozhikode to this beach, and it is via NH-66.

There is one route from Coimbatore to this beach, and it is via Kozhikode-Malapurram-Palakkad Highway and NH-66.

There are two routes from Bangalore to this beach, and it is via NH-275 and via NH-75.

Climate and the best time to visit the Payyambalam Beach

The scenic beauty and the pristine environment that includes lush green vegetation and beautiful waves found at this beach are worth enjoying. This beach unfortunately has not been developed, and hence there are not many things/activities to do found over here. 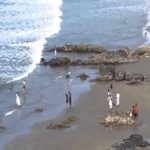 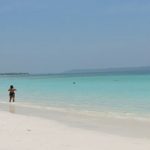