Named in honour of the former Iraqi President Saddam Hussein is the extremely scenic “Saddam Beach”. This beautiful beach is located in Kerala in the Malappuram district. In addition, it was earlier named after the great King of Mysore Tippu Sultan. Apparently, a majority of the population living around this beach are Muslims while a minority belonging to Hindu community. In 2006 on the death sentencing of Saddam the villagers protested organizing a protest rally and mouthing anti-Bush (then then US president) slogans.

How to reach the Saddam Beach

The closest railway station to this beach is located in Calicut at a distance of 50 km. The Calicut Railway Station is well connected to major cities in the country.

If you intend to drive to this beach the ideal starting point would be Kozhikode and Calicut.

There are three routes from Calicut to this beach, and they are via NH-966, via Calicut Airport Road/Kondotty- Kolappuram Road/KondottyTirurangadi Road and NH-966, and via NH-66 and Parappanangadi-Chemmad-Malappuram Road.

Climate and the best time to visit the Saddam Beach

This scenic and secluded beach is renowned for being named after the former Iraqi President Saddam Hussein, and there are not many things/activities found around this beach. 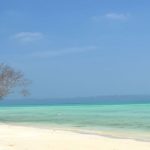 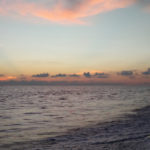