Located at a distance of 5 km from the famous Guruvayur Temple in Kerala is an extremely scenic beach called Chavakkad Beach. This picturesque beach is situated in a town called Chavakkad in the Thrissur District. In addition, this beach is also located at the confluence of a river and a sea which is referred to as “Azhimukam” in Kerala. Furthermore, it is also surrounded by beautiful coconut and palm trees.

How to reach the Chavakkad Beach?

The closest railway station is located in Guruvayoor at a distance of 5 km. The Guruvayur Railway Station is well connected to major cities in the state via Guruvayur-Thrissur Railway Line.

If you intend to travel by road then the ideal starting points would be Guruvayur, Thrissur, Ernakulum, and Kochi.

There are three routes from Thrissur, and they are via Poovathur-Amala Nagar Road, Thrissur-Kuttippuram Road, and via ThrissurKanjaniVadanapally Road and NH-66.

There are two routes from Ernakulum, and they are via NH-66 and via NH-544.

Climate and the best time to visit the Chavakkad Beach

There are number of things/activities to do found in and around this beach worth exploring. They are as follows

The pristine environment available at this beach makes it an ideal spot for recreational activities such as swimming, sunbathing, walking, playing volleyball etc.

There are a large number of migratory birds that are found in this beach thereby, making it an ideal spot for bird watching. Hence this beach is considered to be “paradise for bird watchers”. 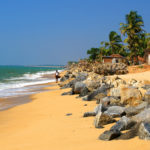 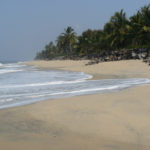