Located at a distance of 45 km from a town called Malappuram is pristine and scenic beach called Padinjarekkara Beach. This picturesque beach is situated in the Malappuram district at the end of the Tipu Sultan Road in close proximity to a town called Ponnani. Apart from its scenic beauty this beach also provides for magnificent view of the confluence where the Bharathapuzha, TirurPuzha, and the Arabian Sea meet. In addition, an amphitheatre, an amenity centre, and a number of eco shops can be found around this beach.

How to reach the Padinjarekkara Beach

The closest railway station to this beach is located in Calicut at a distance of 50 km. The Calicut Railway Station is well connected to major cities in the country.

If you intend to drive to this beach the ideal starting point would be Kozhikode and Thrissur.

Climate and the best time to visit the Padinjarekkara Beach

There are a couple of thing/activities to do found in and around this beach. They are as follows

There are number of water related activities such as water scooter rides, speed boat rides etc that are available at this beach.

There are a number of migratory birds that are frequently observed at this beach thereby making it a “paradise for bird watchers”. 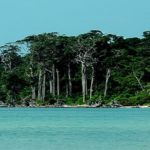 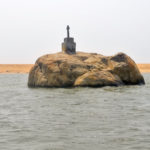