Commonly referred to as the “Black Sand Beach” is the picturesque Thiruvambadi Beach located in the state of Kerala. This scenic beach is situated in the coastal town of Varkala in the Thiruvananthapuram district. In addition, this beach apart from being known for its “black sand” is also renowned for its tranquil atmosphere. Furthermore, since this beach lies in an isolated spot, as a result does not attract large number of tourists,and is considered to be among one of the “quietest” beaches in this region.

How to reach the Thiruvambadi Beach

There are two routes from Thrissur to this beach, and they are via NH-544 and NH-66, and via Pampady-Pandapally Road.

There are three routes from Alappuzha to this beach, and they are via NH-66, via Kollam-Theni Highway and NH-66, and via Kayamkulam-Pathanpuram Road and NH-66.

There are three routes from Kollam to this beach, and they are via NH-66 and Varkala-Madathara Road, via Paravur-Varkala Road, and via Neendakara- Thekkumbhagam Road.

There are two routes from Madurai to this beach, and they are via NH-744 and via NH-44.

Climate and the best time to visit the Thiruvambadi Beach

Except for snorkelling there are not many things/activities to do found at this beach. So, essentially this beach with its tranquil environment makes for an ideal relaxation hotspot.

Also Read:    Essentials to carry to a beach destination 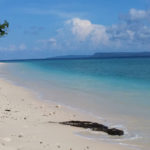